BOSTON—South Boston’s other landmark restaurant is taking a similar path as Anthony’s Pier Four on the Hub waterfront, that world-recognized establishment repositioned into an eclectic mixed-use complex owned by Tishman Speyer, the office portion of which is about to trade for near $440 million through Newmark Capital Markets.

Now, the same brokerage shop has been retained to peddle Amrheins in the Seaport’s southern flank, the venerable venue at 80 West Broadway suddenly more prized for its new millennium development potential than a rich and storied history dating to 1890, a legacy sufficient to have the operation deemed South Boston’s oldest bar and restaurant serving generations of Southie denizens.

One of two Seaport District parcels being rolled out in the coming weeks by Newmark’s multifamily group, 80 West Broadway is expected to bid up into the high teen’s and possibly approach $20 million depending on how frothy the competition gets, and whiile Newmark would not discuss pricing expectations, Managing Director Thomas D. Greeley tells Real Reporter the crew is gearing up for a rapid and robust response.

“All of the other sites around there have been already pulled off the market (via sales), and this is now one of the best available,” relays Greeley, a member of the multifamily practice group that is anticipating concepts including laboratory and office space will also be in the mix for the half-acre site branded as Broadway Crossing.

Luxury apartments and condominiums have replaced other establishments around the nearby Broadway MBTA Red Line station throughout the decade, the transit node’s presence among many talking points of the Amrheins listing, and one reason cited for residential developers in the Seaport increasingly competing against other platforms, among them Anchor LIne Partners, said to be pursuing a laboratory play in a building the homegrown investor just purchased from Gillette, its site around the corner from Amrhein’s.

“This is the southern gateway of the Seaport and all that is happening there today,” observes Greeley who calls Amrheins “a marquee development site” being launched prior to Labor Day, while 2.5 acres at 310 Northern Ave. on the other side of the district will come out right after the holiday when the final third of 2018 commences, typically the busiest period of the season for CRE sales.

Being right at the confluence of A Street and West Broadway—“two of Boston’s most dynamic corridors”—Amrheins is expected to combine with the Red Line orientation and “position the site incredibly well for multiple future development scenarios,” Greeley outlines.

The Newmark multifamily practice group is led by Executive Managing Director Michael Byrne and Greeley with Robert E. Griffin Jr., the company’s US Co-Head of Capital Markets. Because of the broader template emerging as well as a similar trend on Northern Avenue, other members of the Boston Newmark office are pitching in on both assignments, a process Greeley calls “our patented 360 degree platform” to ensure all prospects get the same in-depth attention.

“We always get everyone on board, and we already have done that (for Amrheins) where we are working with our downtown leasing guys and the Cambridge lab team to make sure we give people an accurate picture and understand the demand and the drivers which continue to expand in ways people might not have thought before.” Senior Managing Director Tim Bianchi, who patrols the Seaport as part of his downtown focus, will help bidders on Amrheins, Greeley says.

The prospects for multifamily investors in the submarket are hardly a surprise, according to Byrne, with the urban core throwing up record results consistently on apartment rents and condominium sales. “People have all the data points to compare, and those (metrics) clearly tell a compelling story . . . showing that the residential market remains very hot in Boston.” explains Byrne.

The 310 Northern Ave. exclusive is being put together with an eye towards next month, the assignment involving a ground lease owned by a quasi public agency. The moving parts make it challenging to peg pricing, Greeley says, but a Who’s Who of current investors provides a good narrative for Newmark to follow.

“We expect a tremendous amount of interest in 310 Northern AVe.,” says Byrne, adding, “The quality of developers currently active in this part of the Seaport . . . are testament to the neighborhood’s abundant opportunity,” relays Byrne, rattling off a few titans such as Davis Cos.,, Lincoln Property Co., Related Beal and Skansa in that constituency.

The multifamily group is poised to spend substantial time in the Seaport in 2018, but their multifamily book of business is hardly limited to that arena. Presently, for example, Byrne, Greeley and friends are getting ready to hold a mid-August call for offers on an apartment building serving the Longwood Medical Area, that a 195-unit market rate building. The Serenity is moving towards a firm agreement and a multifamily buyer is expected for another project near Fenway Park. 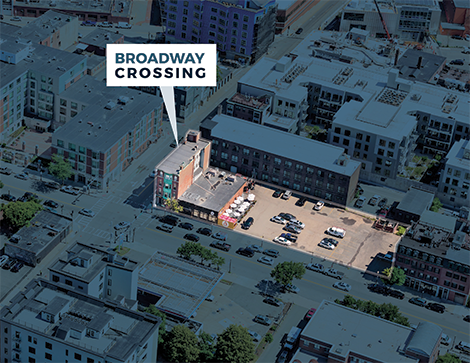 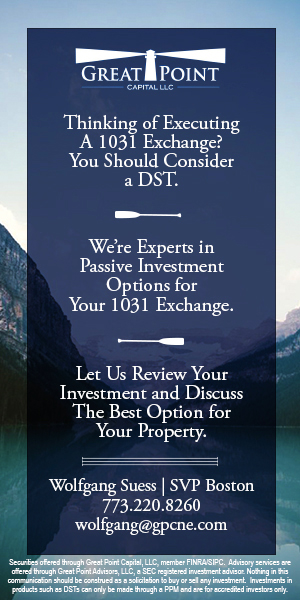