BOSTON—A familiar face in “Townie” CRE circles has won a fast-paced competition to buy South Boston’s landmark dining spot, Amrheins Restaurant, with sources telling Real Reporter the half-acre site at 80 West Broadway is under agreement to City Point Capital, an entity managed by Ryan P. Sillery expected to pay upwards of $18 million for the listing which is being peddled by Newmark Knight.

Newmark’s Multifamily Practice Group is taking the lead handling the Amrheins exclusive, its team led by Executive Managing Director Michael Byrne and Managing Director Thomas D. Greeley plus Associate Director Casey Griffin working under the Capital Markets division oversight of principal Robert E. Griffin Jr. Calls to Newmark regarding the City Point Capital situation were not returned as of press deadline, while Sillery was also not immediately available for comment.

When launched this summer branded as Broadway Crossing, the opportunity was pitched as “a marquee development site at the corner of two dynamic corridors” that combined with the MBTA Red Line Station three blocks away “position Broadway Crossing incredibly well for multiple future development scenarios” ranging from apartments and condominiums to life sciences and office construction, Greeley explained in an August Real Reporter article announcing the asset was finally available to investors.

On top of the restaurant are multiple apartments, with the bulk of the rectangular parcel comprised of surface parking. Although they ran the program, the multifamily group tapped into other Newmark brokerage expertise to give bidders “a 360-degree view” of the asset’s potential should an alternative use to housing be embraced, with Senior Managing Director Timothy Bianchi providing laboratory and office metrics to bidders.

Newmark argues that the corner site at A Street and extensive frontage along West Broadway expand the development template to myriad possibilities. “It is a very clean site,” one market watcher agrees regarding the basic rectangular configuration minus any nooks and crannies creating odd-sized lots often seen with urban parses, especially a submarket as thickly settled as South Boston.

Conveniently located at 300 A St., City Point Capital is celebrating its 10th anniversary in 2019, with the firm focused on urban residential development having constructed one million sf of space this decade, much of that production in South Boston such as 232 Old Colony Ave., a five-story condominium plus ground floor restaurant totaling 37,000 sf. CPC’s latest venture—a 14-story, 159-room boutique hotel—comes on line this year at 6 West Broadway, the 87,000-sf project right across from the MBTA Red Line Station. It is flagged Cambria Boston and features a ground floor restaurant among other attractions.

Already in operation is CPC’s 14 West Broadway, the 10-story footprint accommodating 49 residential condominiums and 6,000 sf of commercial space. A communal roof deck, on-site security and 24-hour concierge are among the highlights of that initiative.

For Newmark’s multifamily group, an eventful 2018 has pushed into the New Year with the Amrheins listing and another in South Boston at 310 Northern Ave. also nearing a conclusion, although specifics on who might be in the running for the latter asset remain unclear. Newmark multifamily this past year was also retained to sell The Serenity, a 195-unit luxury apartment complex in the Longwood Medical Area; negotiations there are reportedly ongoing.

As to the beloved Amrheins, aficionados need not make a rush to grab one last repast, with previous articles indicating the dining establishment is expected to remain open while any permits for new construction are obtained, and one observer familiar with the establishment says owner Steve Mulrey’s stated mission “to do right by Amrheins’ employees and customers” amid the changes could manifest into a new venue down the road and continue its legacy as “the oldest bar in Southie.” 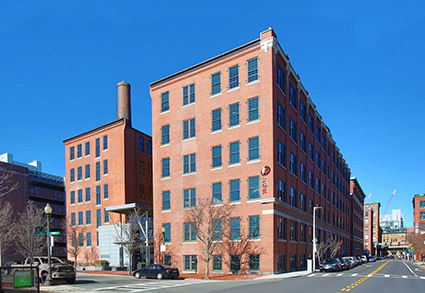