BOSTON–With an audience of eager listeners leaning forward to catch every word, a group of local commercial and residential real estate experts gathered together recently to talk about the hard-earned successes they’ve had, the result of what is being called the “Orange Line Influence.”

Patrick Keefe, Vice President of Debt Capital Markets at Walker & Dunlop, moderated the discussion, which was sponsored by the Real Estate Finance Association (REFA) of the Greater Boston Real Estate Board, held at the Foundation Room at 225 Franklin Street.

Following years of focus by real estate investors and developers on the MBTA’s Red Line, they are now seeing opportunities along the Orange Line corridor, which until recently was seen as a “feeder” line (bringing people in from one place to another) and not its own destination.

A big motivator has been the success of Assembly Row, Federal Realty Investment Trust’s redevelopment of Assembly Square in Somerville, a vision that had it roots during the last century.

The 20-year+ process culminated with the opening of a new Orange Line station and the completed construction of a new headquarters for Partners HealthCare. (Another 1.5 million square feet of space will be added at Cresset Development and Novaya Real Estate Ventures’ Xmbly, nearby.)

It’s Good to be Hood

What was achieved there is the hoped-for result at another large mixed-use project at Hood Park in the Charlestown neighborhood of Boston, practically within sight of the Sullivan Square T stop. Across 1.7 million square feet of space, it will include commercial, office, hotel, retail, and up to 170 housing units. (The original master plan for Hood Park was filed with the Boston Redevelopment Authority - now, BPDA - in 2000, to give perspective on how long the development process can be.)

According to Debra Gould, Executive Managing Director at Newmark Knight Frank, there is 5-times the demand for lab space than is available right now in Greater Boston. The appeal of Hood Park to companies wanting to expand or relocate to the area is that, while Kendall Square commands $100 a square foot, Hood can offer the same for around $68 a square foot, while offering employees a location even closer to downtown Boston.

The challenge, says Gould, isn’t competition from the Red Line; it’s that lab, bio-tech, and pharmaceutical companies like “clusters” - being near each other. The challenge is getting them to branch out.

A city is reborn, again Meanwhile, just three stops further along the Orange Line is the 500,000 square foot mixed-use J Malden Center development is well underway. According to Sandi Silk, Senior Vice President/ Development Partner at Jefferson Apartment Group, while the appeal of Malden may not be apparent, it should be. In her eyes, she sees a developing neighborhood that one day soon could be on par with Somerville’s Davis Square.

Things are going well with attracting new tenants, according to Silk. Jefferson started leasing at the beginning of September and Silk has been pleasantly surprised by who is responding to the company’s outreach. Their rental team has been signing leases with Harvard and Northeastern University graduate students and those who work at companies like Wayfair - not those with $200,000 paychecks, but “pre-family” residents 25-35 years old.

One challenge to overcome is that the Malden market commands lower rents, so it’s harder to cover construction costs. What made the numbers work, according to Silk, is that Malden is a Massachusetts “Gateway City”. Like others, including Brockton, Lowell, and Lawrence, this means Malden has access to Commonwealth of Massachusetts programs that make housing and development projects possible through low-cost loans and tax abatements.

South of downtown has seen fewer new developments but that is rapidly changing with the Metro Mark, A. O. Flats apartments and, in a sign of strength, the 82-unit VITA condominium project at Forest Hills, the terminus of the Orange Line. (The success of these developments is due in no small part to the removal of the Casey Overpass.)

According to Young Park, President of Berkeley Investments, Inc., their project at 3200 Washington was originally seen as a challenge but his company took advantage of what the BPDA designated as a “high-growth” area.

The apartment building received its certificate of occupancy in July and is already 80% leased, achieving what Park called “aggressive” rents for the area, which straddles the borders of both Roxbury and Jamaica Plain and is convenient to both the Stony Brook and Green Street Orange Line stations.

In addition to 3200, Berkeley has two other projects underway on the Orange Line: The Graphic apartments in Charlestown and Exchange 200, directly across from the Malden Center subway and commuter rail stop.

All of this development without even mentioning Encore Boston Harbor in Everett, accessible by shuttle buses from Sullivan and Wellington T stations (and, soon, a pedestrian/ bike bridge to the Assembly T stop).

The biggest threat to growth

What the Orange Line giveth, it can just as easily take away. According to the speakers (and attendees, based on their reactions), the biggest threat to the area’s growth isn’t the economy or changing demographics, it’s is the sorry state of local transit and oppressive traffic and congestion.

Young Park said, “Transportation is the crisis of the moment,” which will require everyone to pitch in. Unfortunately, during the past few years, “with the governor (Charlie Baker) sticking to fiscal policies of not spending,” we’re now caught. “Without transit, expansion (of the Boston area) is going to stop; commuters fed up, will look to alternatives.”

Fortunately, help is on the way, with new Orange Line trains being rolled out right now, and major repairs and upgrades planned for the near future. If the Commonwealth’s needs for better transportation are addressed, according to the CRE professionals in attendance, it seems nothing is impossible for those looking to invest - or live, or work, or play - along the Orange Line; as one professional commented, “the future looks very bright, indeed.” 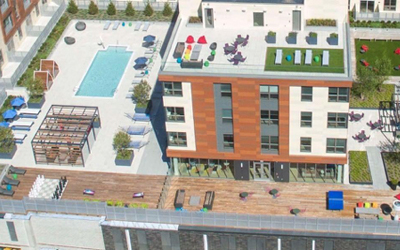 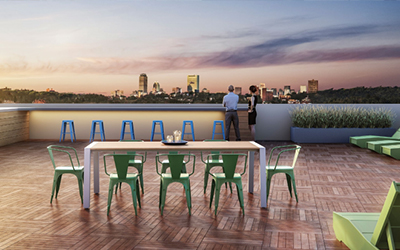 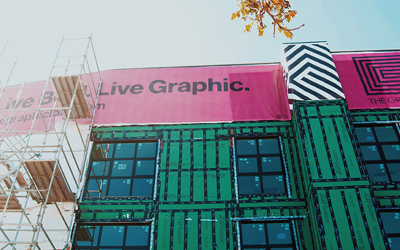 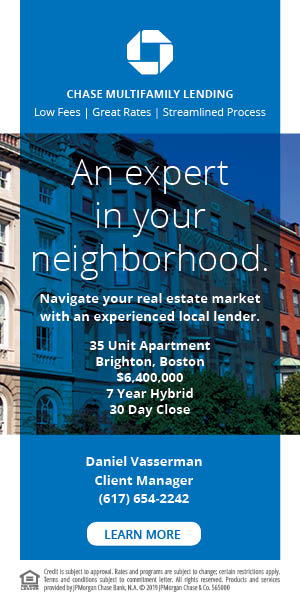