BOSTON–The MIT Center for Real Estate continued its groundbreaking Real Disruption series, but the latest iteration has undergone considerable changes from the events once held within the cozy confines of the Fort Point Room at Atlantic Wharf. Real Disruption has morphed into CREtech Boston after collaborating with CREtech, a real estate event and information platform that focuses exclusively on emerging and innovative technologies in the commercial real estate space. The new model was on display on April 19th at the gleaming new street-level glass atrium at 100 Federal Street, attracting over 350 attendees.

The event also signaled a shift in the content of the series for the launch of the new partnership. While Real Disruption has always emphasized new startups in the CRE tech space, the program also included a panel of end users discussing how they were deploying the new technologies – as well as the difficulties being encountered in the adoption process. “We’re four years into the startup cycle, so it’s not just about the startups and the apps anymore,” said Steve Weikal, founder of the Real Disruption series, following the event. “It’s about how it’s getting implemented and how it’s working out for firms.” Interestingly, the initial program of the Real Disruption series featured co-founders and CEOs Michael Mandel of Compstak, Nick Romito of ViewTheSpace (VTS), and Jonathan Wasserstrum of TheSquareFoot (TSF) – all startups that have since become major players in the burgeoning industry.

Weikal described what is going on in the industry now as “real estate fracking”, a concept developed by MIT professor Dennis Frenchman, “where the use of the asset gets broken into smaller pieces and re-configured into higher value combinations,” using WeWork and Airbnb as prime examples of disruptive technologies. He then gave an overview of the myriad of both startup and established firms before giving way to the panel of owner/operators.

“As an occupier and as corporate real estate person, I’m looking at how technology lets me do my job,” said Abrams. “And my role is figuring out what technologies are going to allow me to create value, lower costs and mitigate risk.” One of the technologies that enable Abrams to accomplish those ends is FLEXE, “the Airbnb of warehousing,” a cloud-based marketplace that connects businesses in need of additional warehouse space with organizations that have excess capacity. Iron Mountain, a data storage REIT with over 85 million SF of space in 53 countries, is currently the largest institutional provider of space for FLEXE users, which creates a substantial additional revenue stream for the firm.

JLL has invested in a number of technologies, and two years ago acquired Corrigo, a work order management system which helps them to manage industrial space across the globe by digitizing their facilities management practice. Corrigo maintains a vendor database, tracks work orders, and even verifies the vendor’s insurance and certifications. “We had the option of hiring engineers and putting them under the JLL umbrella, or going with the Uber mentality,” said Hart. JLL opted for the latter, utilizing Corrigo’s “Angie’s List approach” to create a marketplace of technicians and engineers, so when an HVAC system (for instance) goes down in an industrial space in any market, they are able to easily access a vetted contractor to address the issue.

Danehy said that Brookfield’s use of technology “tends to be exclusively focused on revenue-generating opportunities”, but the firm has also added efficiencies using technology. Brookfield, which has expanded from $10 billion in holdings to $270 billion in the last decade, owns and operates 600 million square feet of office buildings around the globe. Up until last year, Brookfield had 28 separate legacy and accounting finance systems for their real estate holdings alone, before switching to an enterprise resource planning (ERP) to consolidate those operations. They are also making measured “venture capital level” investments in technology companies designed to enhance revenues.

One such investment was Convene, which helps owner/operators develop and reposition commercial assets into top “placemaking” destinations in major urban markets by designing and managing flexible term workspace and on-demand meeting and event spaces. Danehy referenced a quote by Convene CEO Chris Kelly, “What talent wants, landlords need, developers must build,” but added, “what we’re really focused on is not the tenants themselves but what the employees of the tenants demand,” which Convene help them accomplish. Brookfield now owns approximately 24 percent of Convene, and the firm is “working very actively to employ that operating model in our portfolios around the world.”

Kuntz told the crowd that for Hines, “every technology is looked at through the lens of ‘does it improve our physical product or the level of service we deliver?” But with the enormous amount of CRE tech startups in the real estate space, choosing the right real estate technology solution can be challenging. So Hines has partnered with Fifth Wall, which helps Hines and other real estate investors identify which new players in CRE tech can be actual differentiators, while helping those firms mitigate the risk of investing in new technologies or startups by doing research, investing and mentoring those companies. Fifth Wall co-founder & managing partner Brad Greiwe followed the panel discussion with a dizzying but uber informative presentation of the tech companies his firm has invested in.

Another issue that surfaced during the panel discussion was the disconnect with tech companies and real estate firms; while the CRE industry is (rightly) called out for its slow adoption of technology, many of the tech firms lack a basic understanding of CRE, creating a disconnect between the camps. “They don’t understand,” asserted Koop. “They’ve got this great technology and algorithms and all these things, but they don’t understand our business,” he told the gathering.

Hart concurred. JLL has a team that tracks hundreds of CRE tech startups and meets with each of them to understand their models, he said, “and one thing we’ve come to notice is that the ones that tend to fail – they can’t speak our language. They come in with a tech background, but they don’t have that Real estate background.”

CREtech Boston raised a fresh perspective to a discerning audience of industry professionals; and positioned to be an annual event. 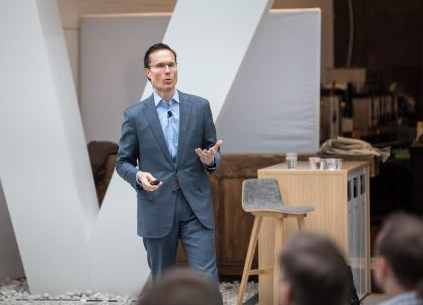 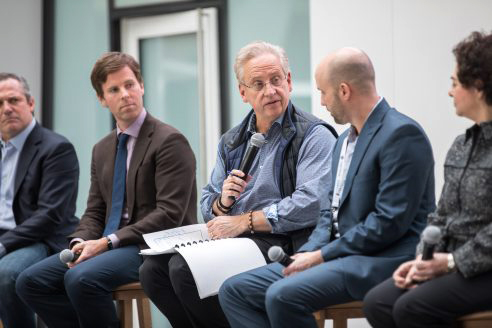