BOSTON — While it’s not exactly a trophy, if it were, it would equate to what many believe is the greatest trophy in sports, The Stanley Cup. Of course, it is a bowl, not a cup, and it doesn’t get passed from one year to another (it’s crafted and carved annually) but when the recipient’s name is etched to the reclaimed Boston Harbor Bowl, you know they’re in hallowed company. For when one has been bestowed the Robert S. Swain Distinguished Service Award, it is implied that they have performed arduous and ambitious work for their community to have earned this noble honor.

Paul J. Ayoub, chair of Nutter and a partner in the firm’s real estate department, will be the 34th possessor of the coveted bowl, and he knows it’s a big deal and a big bowl. “Have you seen how big that bowl is? I was talking to my wife, Jane, about it the other night, trying to figure out where we’re going to keep that,” Ayoub unabashedly said with a contagious smile that seemed to last the length of our conversation.

Ayoub would know a thing or two about the Swain Award, given that he spent the past 10 years chairing the REFA Gala, and handing many colleagues the prestigious keepsake, but when he received the call, he says it was a genuine surprise. “I was stunned!” “I work with and have a great deal of respect for people in this industry, so knowing this is from my peers makes this award exponentially more meaningful … I never thought somebody would be handing me the bowl.”

Given Ayoub’s uninterrupted altruistic life, it’s no surprise to anyone who knows him that he should be presented with such an accomplishment. “Paul has proven himself to be an exceptional leader of the real estate community through dedicated client service and support, through his mentorship of rising real estate professionals and attorneys, and through his exemplary philanthropy and dedicated leadership at St. Jude [Children’s Research] Hospital,” expressed Joanne Foley, Partner and General Counsel at Equity Resource Investments.

Ayoub’s philanthropic nature is deep-rooted and began at a very young age after his father, Joseph (Big Joe to his family and friends), the son of Syrian immigrants, invited the late entertainer, Danny Thomas to perform at a fundraising event in Boston to purchase and run a camp in Plymouth for inner-city kids. Joe, an attorney himself, hit it off with Thomas, sharing their Syrian and Lebanese ancestry. Six years later, in 1957, Joe received a call from Thomas asking him to come to Chicago to discuss setting up a free hospital for children.

“Here we were, a family of four, and my father just jumps on a plane and heads to Chicago to talk about a dream of creating a hospital for children where families would never have to pay for the care. That was a big deal even then.” That laid the groundwork for what would become the St. Jude Children’s Research Hospital, one of the most acclaimed children’s hospitals in the world. “Within five years of that very meeting, the doors of St. Jude (a name that came from Thomas praying to St. Jude) opened in Memphis. We were all involved in some way. I remember when I was six or seven years old going around the neighborhood collecting money for the ‘teenage march’ and have been doing work ever since,” he explained.

In 1984, Ayoub began working with St. Jude as a national committee member of the Board and then joined the Board in 1992. He is currently serving as chair of the national Board of Governors and has been on its board for 30 continuous years. In addition, Ayoub is Chair Emeritus and member of the Executive Committee of the Greater Boston Chamber of Commerce. Add in his duties with REFA (past Board President and still a Board member), a seat on the Board of Incorporators of the Boston Local Development Corporation, and you get the feeling that this is a genuinely caring guy with principles and a full tank of stamina.

“If you know Paul, he has an infectious smile and laugh, which puts you at ease, and he has endless energy - I mean endless, not sure he sleeps much as he is always going,” attests Paul Nasser, President and COO at Intercontinental.

“Paul cares for his clients and always proceeds with the utmost integrity. He uses his enthusiasm, sense of humor, and “can do attitude” to quell any outlying concerns … he is most deserving of this [REFA] award from his peers,” affirms Jeffrey O’Neill, President of Condyne Capital.

Yet for all of his commitments and his colleague’s accolades, Ayoub is quick to lessen his performance when asked how he pulls it all off. “How can I not do what I do? To be able to do this is good fortune and an extension of what I believe is my responsibility to do in life. I want to be an agent of change and for better, not just for REFA or Nutter, but for the people and causes I care so much about.”

Born in West Roxbury, Ayoub’s positive proclivities were infused at an early age through his father and mother, and through Thomas via St Jude. It is a positive demeanor that he says has allowed him to conceive and achieve his goals both in and out of the office - especially when introducing change to a culture.

“The thing I’m most proud of when I was President of the REFA Board, in 2018 is that we adopted the first Diversity, Equity and Inclusion Policy with measurable benchmarks. It was later adopted by the Greater Boston Real Estate Board and all its divisions. It wasn’t something that we just put down on paper as a list of items. We took action. We significantly diversified our Board over the next two years. [The Board went from having 5 women and one person of color to 40% women and 27% people of color.] Our programs were more diverse in terms of panelists and range of topics, we strengthened our Mentor, Women’s, and Emerging Leaders Programs. It all really came from the Board understanding that it was time for change, to work with people not only inside the room but outside the room.” “In all that we did, we also had enormous support from Adrienne Maley, the Executive Vice President of the Commercial Divisions of GBREB and Executive Director of REFA … Adrienne is the force behind the success of REFA,” Ayuob praised.

Ayoub says at that time, the Association was undergoing a rebranding initiative to go along with their movement, which resulted in, ‘At the center of it all,’ a phrase that Ayoub proudly aligns as a motto for moving forward and allowing space for everyone to get involved. “We are all stronger and better by working with a group that is more diverse.”

His achievements are wide and his recognitions are well deserved, yet he humbly cites others for his fortitude and drive to be the best he can be - namely his late parents. “Oh ya, my mother and father are #1 … they were the most influential – they were all about ‘purpose, passion, and purity.’ And Danny Thomas was one of the most impressive people who made a difference in my life - being in the Board room with him, to see a man having such a big dream and then making it a reality was really amazing.”

Paul Ayoub’s standards and achievements will be recognized as he is handed the etched Boston Harbor Bowl at the 34th Annual REFA Gala - a night which is being dubbed, The Come-back Event, being that it is the first time in three years where 500+ professionals will gather live. It is an honor that Ayoub attests is part of a life’s work in progress. “This is all so great. If I can continue to give back and make the community more open, equitable and accessible to everyone, that would be a legacy I would be proud of and my family would be proud of.”

The Robert S. Swain Jr. Distinguished Service Award is named in honor of the late Robert S. Swain, Jr. In his 33 year career in his profession, Mr. Swain gained the admiration and respect of his colleagues throughout the real estate finance industry. He was a valued member of the Greater Boston Real Estate Board for over 25 years and was an active member and leader of the Mortgage Finance Committee, which developed into the present Real Estate Finance Association. This award is an annual recognition of an outstanding contribution made to the real estate industry either by lifetime example or specific achievement. 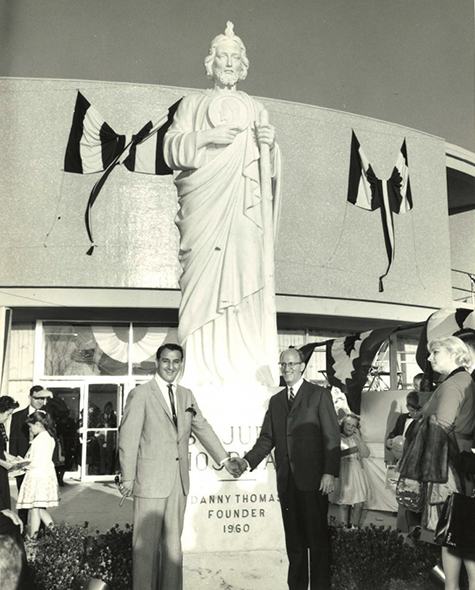 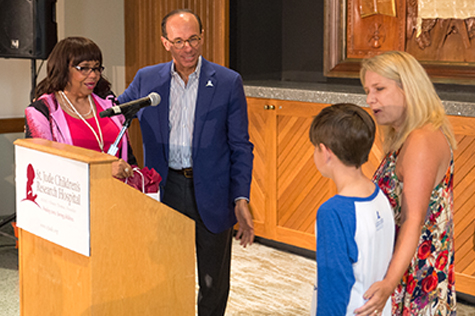 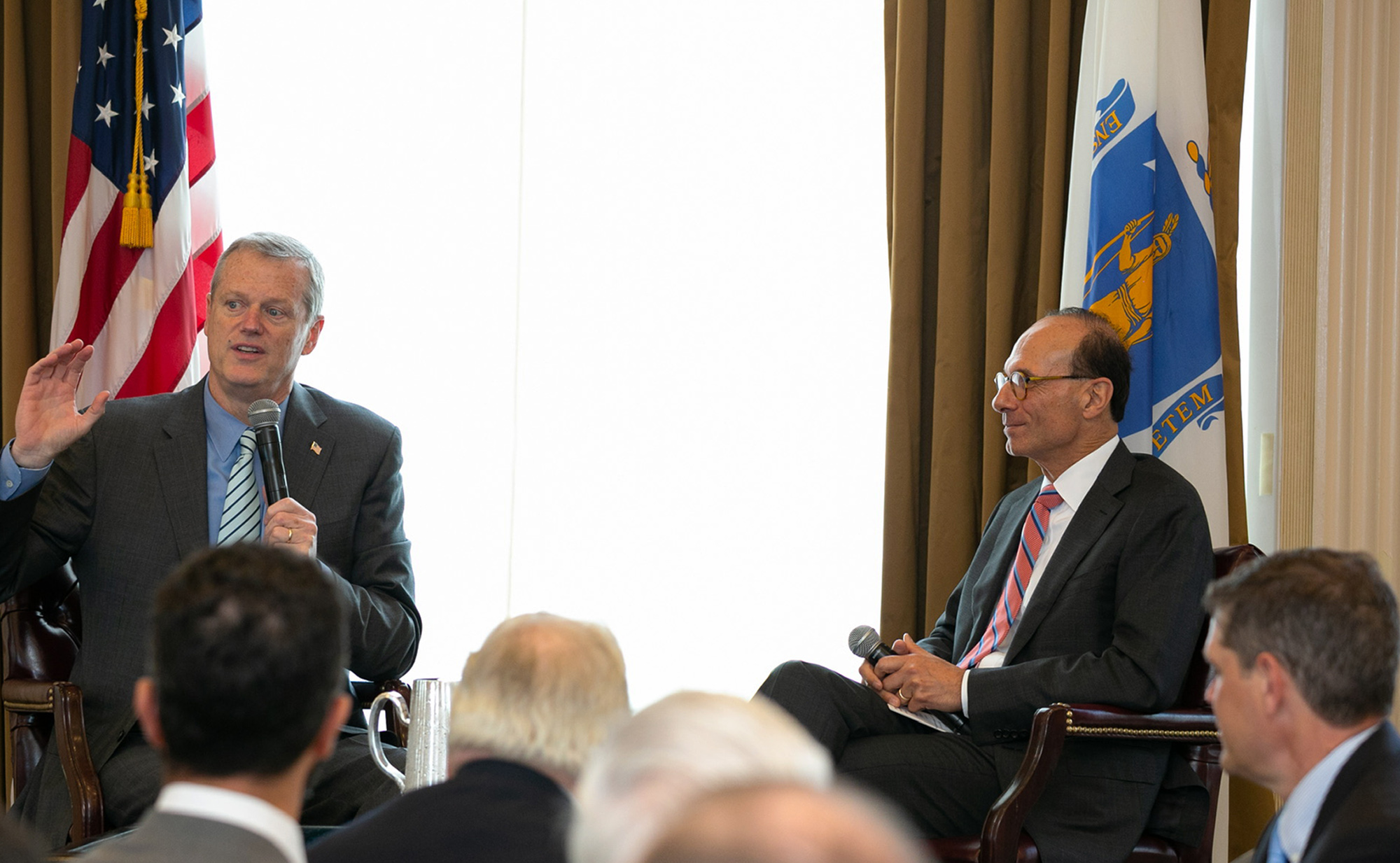