BOSTON—Patience has finally paid off for Debra Gould of Newmark Knight Frank, the 33-year CRE veteran who last night took home the William F. McCall Jr. Leadership Award during the Commercial Brokers Association’s annual Achievement Awards held at the Intercontinental Boston. The evening saw CBRE win a quartet of categories while there were three victories each for JLL and NKF, including Investment Deal of the Year by the latter shop. Cushman & Wakefield reeled in a pair of awards and CBRE’s Carolyn Wheatley was feted as CBA’s Rising Star of the Year.

“I have been told that if you are around long enough you’ll eventually end up here (at the winner’s podium),” Gould deadpanned in her acceptance speech before the largest crowd in the event’s 29-year history. “And clearly—as most of you know—I’ve been here for a very, very long time.”

Named last year after industry icon William F. McCall Jr., the prize’s significance is reflected in a Who’s Who of past recipients, including JLL’s Tamie Thompson in 2005 and Mary L. Lentz of McCall & Almy in 2011, two other pioneering female CRE professionals generating decades of superior performance similar to Gould’s remarkable book of business which includes being the top-producing broker at Spaulding & Slye/JLL for 13 consecutive years before moving on to Cushman & Wakefield, then NKF, where she now leads the 11-person Downtown brokerage team.

Rob Ferris of the Ferris Co. was cited by the award winner for giving Gould her first job in the industry (she had previously been a nurse), and taught her that in real estate sales, “you have to throw a lot of spaghetti against the wall to make some of it stick.” She spoke of earning a $300-per-month draw back then, and “that taught us a lesson and it made us hungry. And it really did, literally, because with 300 bucks a month you can’t buy many groceries,” she quipped.

“But honestly, it is a great business, with great people, and I have made some lifelong friends, people like Lauria Brennan, Deb Howerton, Marcie Griffith, Maureen Joyce, all of my colleagues and many others,” Gould continued while thanking husband John Gould and family for “their support and their love and understanding,” and she observed that very few in the oft-volatile CRE field make it alone, adding she hopes that “many here remember the people who helped them, and continue to be supportive of those teammates and colleagues. I certainly do, and I thank you.”

In addition to securing the McCall Leadership Award for 2018, Gould was also part of the NKF sales team that brought home Investment Sale of the Year – Boston, for the record-breaking $450 million trade ($1,208 per sf) of Pier 4 to CommonWealth Partners, a deal first unveiled by Real Reporter. The campaign was led by Robert E. Griffin Jr. plus Edward C. Maher Jr. and Matthew E. Pullen. James Tribble, Samantha Hallowell and Tim Bianchi were also on board as the team representing seller Tishman Speyer.

Co-head of U.S. Capital Markets for Newmark Knight Frank, Griffin presented the award to Gould. “I think most of you will agree that it is about time that (Gould) was recognized with this award,’ he said to the audience. “Given her amazing work ethic, her never-quit attitude and her willingness to compete no matter how hard and intimidating the business may look and how high the stakes are, my money is always on her.” Griffin spoke at length of a commitment to philanthropic causes, particularly with the Gould Family Foundation, which she and John Gould founded in 2007. It serves to improve quality healthcare for poor mothers, infants and children in such depressed areas as the Congo, Nigeria and northwest Peru.

The allure of new office and lab product was evident from the award-winning entries at this year’s program, with nearly all of the winning 2018 lease and investment sales deals involving properties that were recently completed or have not even been yet delivered such as The Office Deal of the Year – Boston, which went to the Verizon agreement in North Station at The Hub on Causeway, a 445,000 sf, 20-year lease for which the Cushman & Wakefield team of John Boyle, Chuck O’Connor and Margaret Power repped the tenant. Boston Properties, the owner of the still-under-construction property, was represented in-house by Michael Cantalupa, Bryan Koop and Pat Mulvihill.

The Office Deal of the Year—Greater Cambridge, went to the new Puma headquarters, a 150,000-sf build-to-suit at Assembly Row in Somerville. Puma was represented by Michael Joyce of Cushman & Wakefield. Ben Coffin and Joseph Flaherty of JLL represented the owner, Federal Realty Investment Trust.

The Alkermes lease at Reservoir Woods in Waltham won 2018 Office Deal of the Year – Suburban. The 220,000 sf lease includes exclusive expansion rights for an adjacent build-to-suit facility at 910 Winter Street, and was negotiated for the tenant by JLL’s Flaherty and Jason Fivek, while CBRE’s Andy Majewski and Matthew Siciliano repped the owner, Davis Marcus Partners.

Flaherty, who won Broker of the Year in 2016, was all over this year’s event, not only working on the Puma and Alkermes transactions, Coffin and he were also on the team that orchestrated the 417,050-sf lease to Takeda Pharmaceuticals that was a finalist for Life Science Deal of the Year. They advised the landlord while CBRE counseled the tenant—that team, by the way, of Greg Lucas, Adam Brinch, Chuck Kavoogian, Tim Howe and Carolyn Wheatley—was also involved in another project that was finalist for that same award where Sarepta Pharmaceuticals filled over 152,000 sf at 215 First St. in Cambridge.

In one of the most highly charged categories where several major agreements were in the running, CBA’s Multifamily Deal of the Year was awarded to CBRE principals Biria St. John and Simon Butler for orchestrating the $216 million sale of Troy Boston by Gerding Edlen to Equity Residential. Troy outdueled the $131.2 million trade of 472 units at Avalon Blue Hills in Canton handled on both sides by the then-JLL contingent of Travis D’Amato, Michael Coyne, Brendan Shields and Kevin Gleason that since has moved over to Walker & Dunlop. Colliers International was a finalist for Trac 75 in Allston that yielded $42.5 million for the Grossman Cos. and Waypoint, developers of the 93,000-sf project near Boston Landing, with Coldwell Banker representing the buyer.

Investment Sale of the Year – Suburban went to 828-830 Winter St. in Waltham. The $240 million agreement achieved what was the high-water mark for suburban price per sf of $725 per sf despite the combined buildings being just 56 percent leased. Comprised of a 186,000 sf fully occupied building anchored by Immunogen (830 Winter St.) and a newly developed (and empty) 145,000-square-foot state-of-the-art laboratory building, the property is the largest Class A lab facility outside of Kendall Square. JLL Managing Director Frank Petz, Senior VP Matthew Sherry and Vice President Thomas Ragno negotiated terms for Carlyle Group/King Street Properties to Morgan Stanley Real Estate Advisors.

A finalist for Industrial Deal of the Year was the $93.8 million purchase of 100 Pine Hill Dr. in Boylston by Realterm US from Scannell Properties. Fully leased to FedEx as a distribution center, the 362,000-sf facility fetched almost $260 per sf in a deal where the buyer negotiated its side in-house while Scannell engaged the JLL team of Petz and Ragno as exclusive agents.

In other categories, King Street Properties took home the hardware for 2018 Landlord of the Year and Dain Torpy was named Collaborating Professional of the Year. Founded in 2010 by Thomas Ragno, the firm whose key principals includes veteran broker Stephen Lynch—a former CBA president—has carved a niche out of redeveloping assets into life sciences facilities throughout metropolitan Boston. From humble beginnings, KSP is now a powerhouse in life sciences development whose dozen current assets have a combined valuation of $1.5 billion housing the likes of Celgene Corp., GlaxoSmithKline and ImmunoGen.

Law firm Dain Torphy, CBA’s Collaborating Professional of the Year, was founded in 2006 and led today by President and Chairman Daniel Dain who has assembled a 19-person operation advising the likes of Boston Properties, Clarion Development, Oxford Properties and prior CBA Landlord of the Year Synergy Investments. Among the highlights of its award-winning 2018 campaign was a 100,000-sf lease for Puma North America at Somerville’s Assembly Row for 150,000 sf and another six-figure agreement from WeWork at 501 Boylston St. in the Hub’s Back Bay, its client there being landlord Nuveen. Dain Torpy was also recognized for its efforts to improve teh quality of legal education through seminars with the Boston Bar Association and Urban Land Institute.

Wheatley’s own philanthropic endeavors contributed to her selection as Rising Star, her causes including helping children and young adults at a ministry program known as Enable Boston, and working for AmeriCorps to promote development of entrepreneurial skills. She also assisted a socially conscious startup making filtered water bottles.

Professionally, Wheatley worked at State Street Global Advisors selling exchange traded funds before settling into CRE four years ago taking a job at CBRE. The Winchester native in 2018 represented Akouos in a 37,000-sf lease of lab and office space in Boston’s Seaport District and struck a 24,000-sf pact at 237 Putnam Ave. in Cambridge for HiFiBio. Wheatley also helped BlueRock Therapeutics take down 13,000 sf last year at One Broadway in Cambridge, among the most dynamic submarkets in New England where she scored early successes such as deals of 12,000 sf for X4 Pharmaceuticals and 13,380 sf leased by Nest.bio. The Senior Associate says she enjoys the entrepreneurial nature of real estate brokerage which requires a self-starting, motivational approach to wield successes.

CBRE is apparently a breeding ground for such development, with Wheatley the sixth winner of the Rising Star prize since its inception 20 years ago. The most recent winner from the firm was colleague Suzanne Brown who was 2016’s CBA Rising Star.

A division of the Greater Boston Real Estate Board, the CBA is among New England’s most influential organizations for the commercial real estate profession with over 400 members. This year’s annual event featured comments and presentations from 2018 CBA President John Dolan, the McCall and Almy principal who has turned over the reins of the group for 2019 to NKF Executive Managing Michael J. Frisoli. 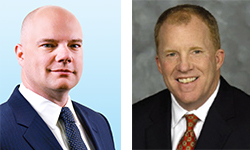 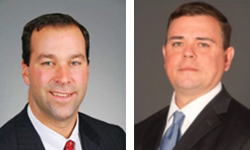 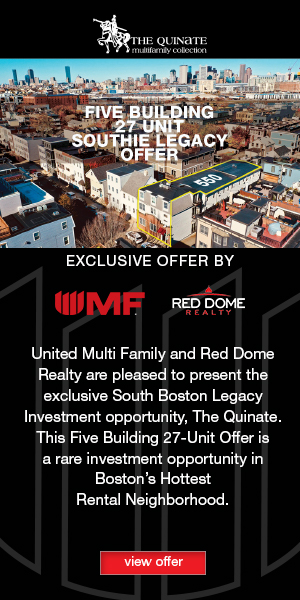