BOSTON–During his six-plus decades in the Greater Boston commercial real estate industry, McCall & Almy founder and president, Bill McCall has seen his share of disastrous downturns. The Great Recession, the aftermath of 9/11 and the fallout from the bursting of the dot-com bubble are still fresh in most people’s minds - but he also recalls the OPEC oil embargo of 1973 that quadrupled gas prices between ’73 and ’74, one of the key contributing factors to the 1973-1975 recession.

“It knocked the hell out of our whole economy to the point wherein 1974 I went up to New Hampshire to get a broker’s license because Massachusetts was just in the tank,” says McCall. The latest [health] crisis is of a far greater magnitude, he says, but shares the defining character of all economic disruptions – uncertainty. “With every downturn you have uncertainty. Not just the uncertainty of how long it’s going to last, but of the steps we’re going to have to take to make it better.”

The loss of life brought on by the COVID-19 pandemic in such a short time has been horrific, but unfortunately, it is not without precedent. What is different about this current crisis, however, is how the economic impact differs not only from prior modern-day pandemics, but all previous economic downturns, McCall notes. “You really can’t compare this to any of the others,” he emphasizes. “Have we ever, ever seen so many people out of work in such a short time?”

According to recent estimates by the Washington, D.C.-based Economic Policy Institute, the unemployment rate may hit nearly 16% by July – higher than at any point since the Great Depression. Over the past month, more than 570,000 people in Massachusetts have filed unemployment claims, according to the April 16 U.S. Department of Labor report. With the total number of confirmed coronavirus cases surpassing 37,000 (as of April 19, with fatalities now exceeding 1,700) as the pandemic surges, it appears non-essential businesses will remain closed through mid-May at a minimum.

While some local industry observers have predicted a rapid recovery based on Greater Boston’s strong fundamentals (low vacancy, rising rents), traditionally resilient sectors like healthcare and education, and the region’s growing life science and tech industries, McCall is not optimistic about a quick rebound for most sectors of the commercial real estate industry.

As far as the typically reliable economic drivers, both healthcare and education have complex financial and operating issues to contend with. Hospitals and physician groups are losing critical revenue as they shift their focus from more profitable procedures to preparing or caring for coronavirus patients, in compliance with Governor Baker’s order to postpone or cancel all nonessential elective procedures. “Hospitals haven’t been able to do elective surgery (since March 15) and won’t be able to do it for another period of time, so they’re getting killed financially,” says McCall, who adds that is still unclear what impact telemedicine will have on revenues until patients become comfortable with office visits again.

The Greater Boston colleges and universities are also in a precarious financial position, as Boston University, the University of Massachusetts system, MIT, and Harvard University are all considering delaying the fall semester, according to a recent Boston Globe piece. Even if the colleges do open in the fall, they stand to lose out on revenue from the summer school sessions, which are typically a financial boon to the schools. “So, the conventional wisdom that health care and higher education are countercyclical may not be true in this case,” says McCall.

In the last five years, the primary drivers of occupancy and rent growth in Boston and Cambridge haven’t from the old guard – financial services, accounting and law firms – but from technology and life science. While the surge of these companies has been phenomenal, McCall is cautiously optimistic about their continued success. “Although the growth of these industries in this market has been terrific for the region, one of the things you’ve got to be careful about is that a lot of those companies are not established businesses yet, and to a great extent, they are not making money,” he points out. “They are going for growth … and hoping and hoping that all of a sudden they’re going to be the next Amazon.” Many are still heavily reliant on venture capital and angel investors for funding - and with the volatility of the stock market in recent weeks, continuing on that funding course for an extended period of time could present a problem.

In terms of when he expects Boston to be fully back to work, McCall is in lockstep with recent comments made by Eric Rosengren, president, and CEO of the Federal Reserve Bank of Boston, who stated that it was “going to be some time before the economy is fully recovered.” Rosengren said the true test of when the economy is truly back will come when people are comfortable using mass transit, going back to bars and restaurants, as well as large entertainment venues. To which McCall added, “I think the only way this pandemic ends is after substantial testing is in place or the introduction of a vaccine.”

McCall often quips that he, “is the guy who has predicted eight out of the last four recessions,” and despite his sobering view of the pandemic on the CRE world, he remains hopeful about long-term recovery. “I really am a bull … you can’t be in business for 60 years and not be an optimistic guy,” he adds. “We’ve always come back. You can go back to the civil war. You can’t have much more destruction than a civil war and eventually, we came out of that. Then we had World War I and World War II with the Depression in the middle. I really do think things are going to get better and we are going to be in better shape down the road. I just don’t think that ‘down the road’ means September.” 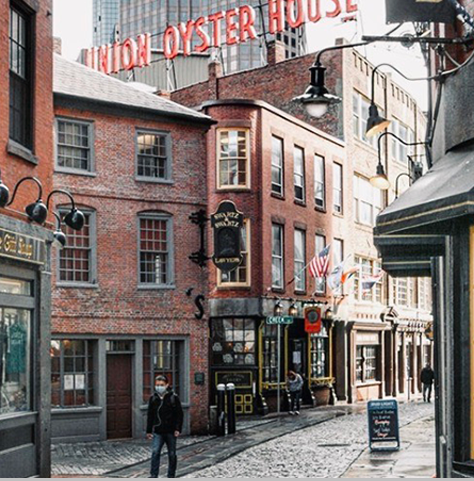 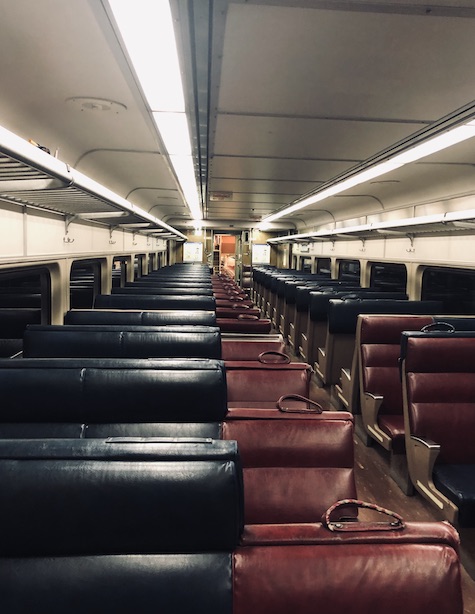