BOSTON—Fifteen Broad St. is the latest Hub office asset being put up for sale, its listing coming after eight years of ownership by Broder Properties, with CBRE/New England retained to peddle the 73,500-sf “jewel box” building that is 100 percent occupied and has a cachet one observer terms “exceptional,” so much so that market estimates are putting the anticipated price range for an exchange around $475 per sf, which if accurate would be in the range of $35 million.

“It has a lot of upside,” maintains another industry professonal familiar with the ornate structure that dates to 1910. That source points to a location in the heart of the Central Business District, with Broad Street itself home to a series of new construction delivering everything from luxury housing to new dining and retail options. Steps from Faneuil Hall and the lush Rose Fitzgerald Kennedy Greenway, Broad Street has undergone millions in public improvements as homage in being one of the city’s original (only?) master-planned thoroughfares when it served as a corridor to Boston Harbor ending where Rowes Wharf is today.

Presently, CBRE/NE Capital Markets members are keeping mum on the 15 Broad St. matter, with principal David J. Pergola not responding to inquiries from therealreporter.com as of press deadline. Nonetheless, industry sources and informational material already in circulation indicate the asset is being offered to investors on a team that includes fellow principal Brian R. Doherty along with First VP Bruce Lusa and Financial Analyst Jenna J. Skaar. Principal Kyle Juszczyszyn will help bidders seeking debt and structured finance assistance, while First VP Kevin Kennedy is on board as market expert who can help decipher current conditions which are clearly favoring landlords and should over the next two years.

As to pricing prospects, the concept of a deal around $475 per sf is bolstered by a similarly sized trade of another nearby asset in May when JLL delivered its client $479 per sf on the sale of One Milk St. to Midwood Investment and the $438 per sf Capital Properties paid to ELV Associates via Cushman & Wakefield a month before that for 66 Long Wharf, a 77,600-sf waterfront building blocks from Broad Street that carried a capitalization rate of 5.0 percent. “I could see that,” one downtown specialist says when asked if 15 Broad St. could even eclipse that $34.0 million outcome. The industry veteran looks more to the building itself for that conclusion, citing its proven appeal to small- and medium-size companies who have 15 Broad St. filled to the rafters with leases ranging from under 1,000 sf to a 14,300-sf pact involving the top two floors that runs to March 2024.

Not only do tenants 15,000 sf and under comprise the backbone of the downtown scene, 15 Broad St. is regarded by some as especially appealing thanks to several physical elements, including being on a corner lot and with its J-shape that offers window lines from a half-dozen vantage points. Floor plates of 7,300 sf give companies their own identity, observers explain, and it has many of the historic finishes coveted by new age companies such as granite block walls and decorative wood trim. There is 69,525 sf of office space plus 2,275 sf of storage and 1,750 sf of retail in the 10-story structure that also has a basement area squeezed onto a 7,400-sf parcel.

The ambiance has resulted in more than two dozen well-regarded tenants in the building, with notable names including Cenegenics Medical Group, engineering company Fay, Spofford & Thorndike and EMI Strategic Marketing, that consulting firm the largest there whose lease on floors nine and 10 extends to March 2024. And while that firm and several others provide steady cash flow well into the next decade on 25 percent of the asset, 15 Broad St. is also deemed to have short-term rent growth on the horizon as several in-place leases have fallen behind the average asking rates for Class B assets, buildings which have seen an unfathomable 40 percent surge over the past three years on rents, with that figure now at $42.80 per sf, according to CBRE/NE research. On average, tenant expirations occurring through 2018 at 15 Broad St. are 30 percent below market rent in one account.

Meanwhile, downtown office market fundamentals continue to shine, with the submarket having posted positive absorption for five consecutive years, helping push Class B vacancy to a thin 5.3 percent. “And they aren’t making any more” of that product, one broker says of the “character space” that consists of structures dating back to the late 19th and early 20th century.

Yet another supposed strength of 15 Broad St. is its access to transportation of all sorts, from abutting the 75 State St. parking garage to being across from the MBTA Blue Line subway that connects to Logan International Airport and—perhaps more key to Boston’s critical millennial workforce—being one stop from Maverick Square in East Boston on the other side of Boston Harbor where that constituency is finding an alternative to rapidly escalating residential costs in the urban center. Reems of new multifamily construction and renovations are underway in Eastie’s Jeffries Point, and the access to downtown will be further enhanced when a new water shuttle taxi opens there next year that will connect to Long Wharf—a two-minute walk to 15 Broad St.

All assembled, 15 Broad St. does appear ready for prime time, with others commending Broder Properties for keeping the ship righted through Boston’s harsh 2008 recession after acquiring it in March 2007 for $18.6 million, barely half what it could fetch this time around. “It’s in great shape,” says one broker who has done business with the landlord, a local group based in the Back Bay and led by President Dana Nielsen. 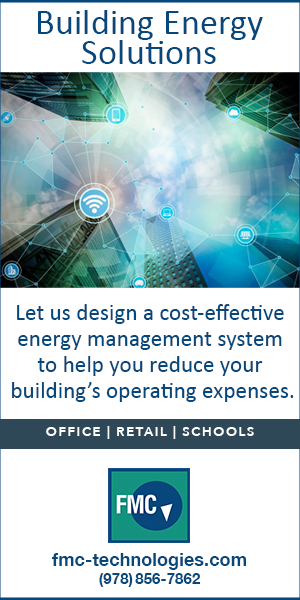