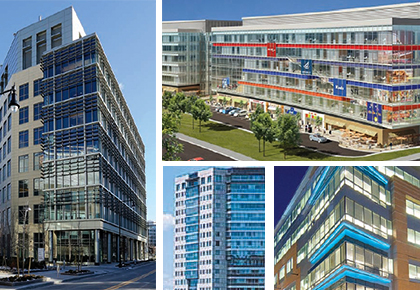 BOSTON — Some 450 CRE professionals and their guests filled the grand ballroom of the IntercontinentalBoston last night to see35-year veteran and Life Sciences specialist Greg Lucas of CBRE/New England take home the coveted top prize at the Commercial Brokers Association Achievement Awards. Lucas was recognizedby his peers as the CBA Broker of the ear, and Molly Davis of Cushman & Wakefield took home the Rising Star Award as the industry feted its top brokers, deals, landlords and col laborating partners of 2014. The award marks back to back Broker of the Year Awards for CBRE/New England as David Fitzgerald was so honored in 2013. FULL NOMINATIONS & AWARD WINNERS HERE

If the 2013 CBA Awards were a testament to the leasing megadeals of that year, last night’s edition was clearly a tribute to the allure of the Greater Boston investment sales market in 2014. Driven by an influx of foreign capital, over $14 billion in assets traded hands, including a pair of last night’s nominee deals that fetched $1,000 per sf—but failed to bring home the Investment Sale of the Year Award. That honor went to Eastdil Secured and Cushman & Wakefield for brokering the $2.05 billion sale of Blackstone and Equity Office Properties’ 3.25 million sf BostonPortfolio headlined by its own asset crestingn four figures per sf—One Memorial Dr. in Cambridge’s white-hot Kendall Square.

“It just goes to show that there’s a huge amount of investor interest in this market,” Adam Subber, CBA president and principal with Cresa Partners, told The Real Reporter following the event. “There was huge interest from sources of capital that in past years was probably not there. We’re really becoming more of a world city, which is really exciting.”

Lucas thanked four of his friends and former colleagues from the Codman Co—Timothy Halloran, Stephen Lynch, Stephen Murphy and Thomas Walsh—who along with Lucas went on to found Lynch Murphy Walsh & Partners, and he singled out Halloran in particular. “When I started at Codman and landed at the desk next to Tim – in a gesture that he repeated with many others during his career – he took me under his wing and mentored me in the business of commercial real estate,” adding “he would patiently listen to me whine about this or that, but would ultimately guide me to the right path. Most importantly, he taught me the morality of the business,” he said before again thanking the veteran quartet.

Molly Davis, who entered commercial real estate in 2013 and is the daughter of Jonathan G. Davis of The Davis Cos., acknowledged her parents and brother Stephen Davis and thanked Cushman & Wakefield “for taking a chance on me a couple of years ago and for continuing to support me and push me and to encourage me every single day. I’m so fortunate to work with a group of mentors with such a diverse amount of expertise and style.”

In addition to Lucas’ and Davis’ wins, the CBA honored Commodore Builders as Collaborating Professional of the Year, and the Landlord of the Year accolade went to savvy investor DivcoWest, one of Greater Boston’s most active buyers and sellers in 2014 focused on urban office buildings.

The Blackstone/Equity portfolio that as acquired by Oxford properties/JPMorgan Chase & Co. and Morgan Stanley was the largest stand-alone CBD portfolio sale in the history of Boston. The transaction was executed by Eastdil Secured’s team of Peter Joseph, James McCaffrey, Christopher Chaneuf, Brian Barnett, Steffen Panzone, Sarah Lagosh and Molly Padien-Havens and the Cushman & Wakefield contingent of Robert E. Griffin, Jr., Edward C. Maher, Jr. and Matthew E. Pullen on the buyer side, and the Eastdil team also procured the buyers in the historic deal, according to the CBA citation.

Other winners included Boston Office Deal of the Year, which went to the Sonos 169,606 sf lease at Lafayette City Center. The deal was impactful because a growing tech company was leaving Kendall Square (and the Googles and Amazons) for the resurgent Downtown Crossing submarket. Bill Barrack, Ted Wheatley and Thomas O’Regan of JLL represented owner, whereas the Abbey Group, and Colliers International’s Tucker Hansen and Roger Breslin represented Sonos in the transaction.

The Cambridge Office Deal of the Year was awarded for the Baxter Healthcare Corporation’s 200,000 sf, 12-year lease with BioMed Realty Trust at 650 East Kendall Street. Baxter was the “Project Tiger” mystery tenant of 2014 that Subber described as “the worst kept secret of the year” as he presented the award. Steve Purpura and Eric Smith of Transwestern | RBJ represented BioMed Realty in the transaction and Purpura and Brian Cohen of Transwestern | RBJ also repped Baxter.

The Life Science Deal of the Year was presented for the 140,000 sf Pfizer Lease with MIT at 610 Main Street, C a m b r i d g e . Transwestern | RBJ and Cushman &Wakefield worked collaboratively with their clients to complete the deal. Purpura and Smith of Transwestern | RBJ won their second award of the evening for their representation of MIT in the transaction and Pfizer was repped by C&W’s Mark Winters, Dave Townsend, Juliette Reiter and Robert E. Griffin, Jr.

McCall & Almy’s John F. Dolan III and C&W’s Scott Gredler coordinated a complex lease transaction to take home the Most Creative Deal of the Year for the MBTA GLX Construction Office deal. The 37,000- sf leased premises, which house a joint venture of three construction firms that are collectively both the tenant and are working on the MBTA Green Line Extension (GLX), also include office space for a fourth party, the MBTA’s on-site GLX project oversight team.

Industrial Deal of the Year honors went to the 401,316 sf lease by AIS at 25 Tucker Drive in Leominster, which was repped on both sides by CBRE/NE. Robert Gibson, Steve Clancy and Rachel Marks represented Calare Properties in the transaction, while Mark Reardon and Robert McGuire represented AIS.

“It was a great night, said Subber after the proceedings. “2014 was a great year for both the industry and the regional economy at large, and we’re all really lucky and fortunate to be a part of this industry, and tonight we got a chance to celebrate our industry leaders and peers.” 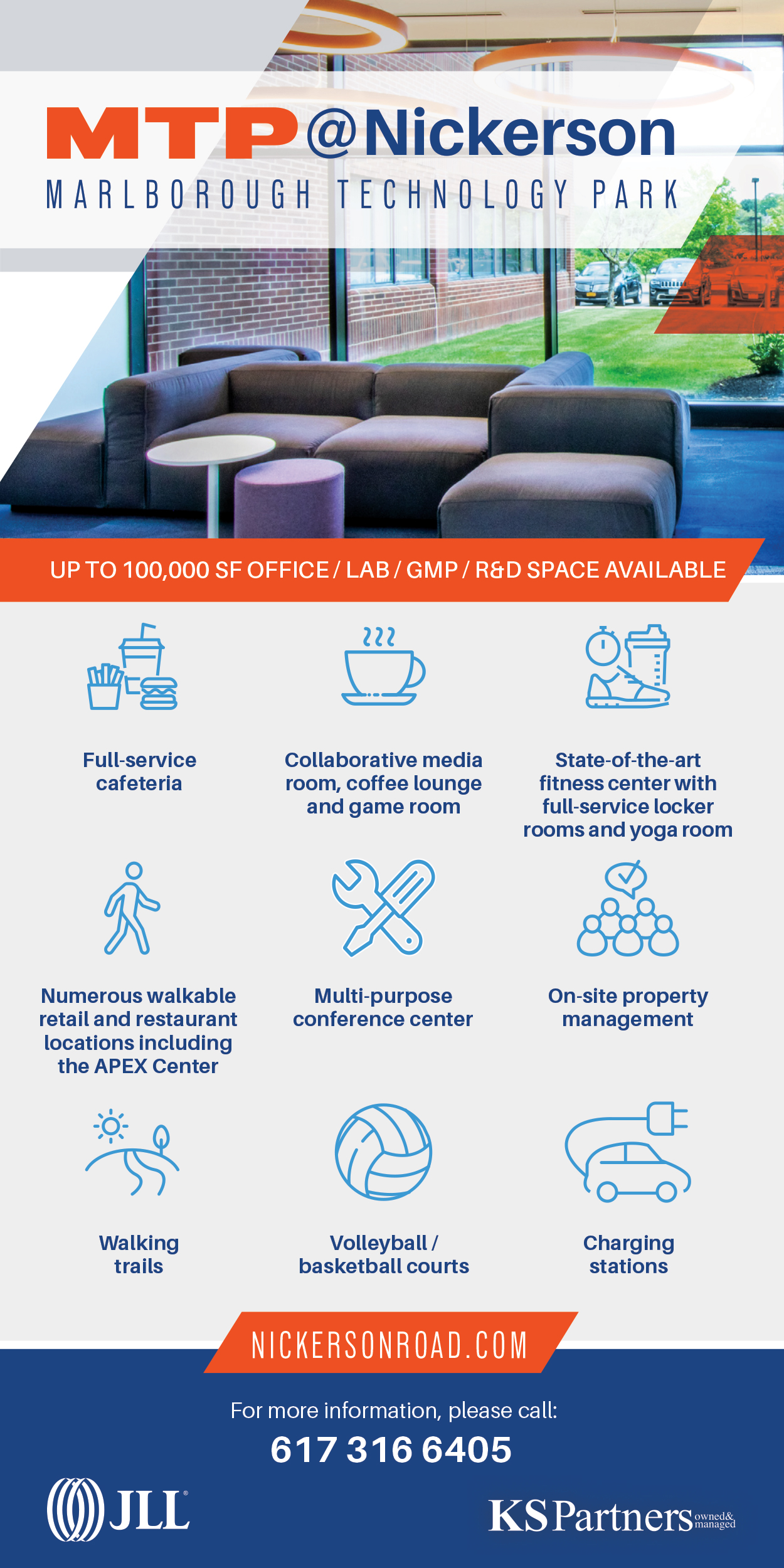