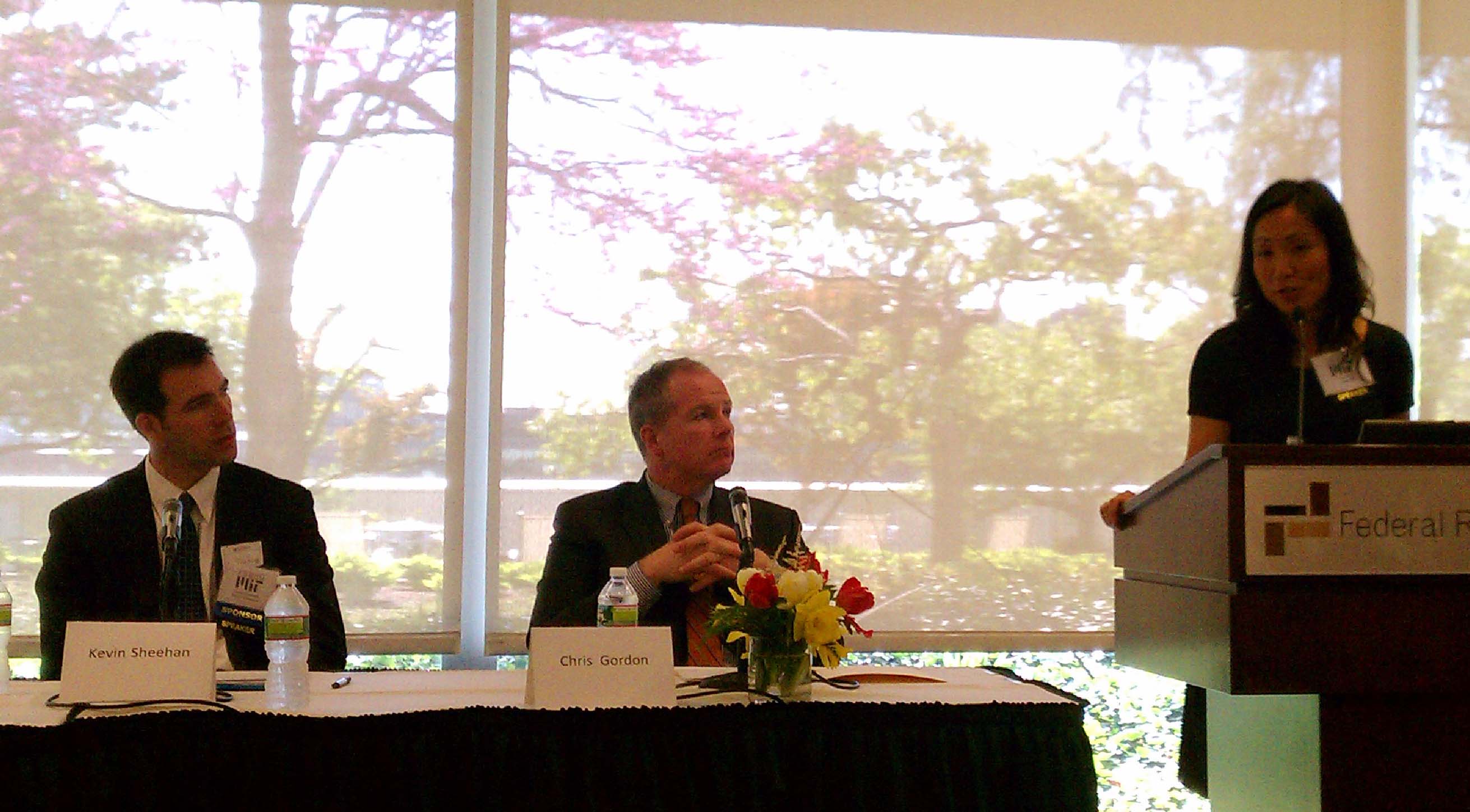 Susi Yu of Forest City speaks on current technologies, construction methods and innovative concepts that are shaping the future of real estate development and
construction, both within the US and globally. Also pictured at the panel table, from left to right is Kevin Sheehan – Boston Properties, and Chris Gordon – MIT Center For Real Estate 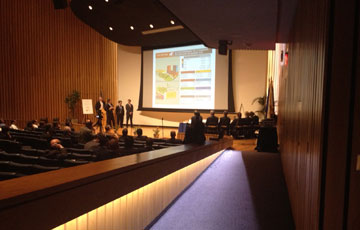 The Columbia Graduate School team “Lion Real Estate Partners” presented their final plans for the mock development site of property owned by the San Francisco Giants, as part of the annual MIT Case Competition. Columbia, along with Dartmouth and York University (Toronto) were the final three teams to advance to Boston and present to a Global panel of real estate leaders/judges. The York team was crowned the winner of the 2012 MIT Case Competition. 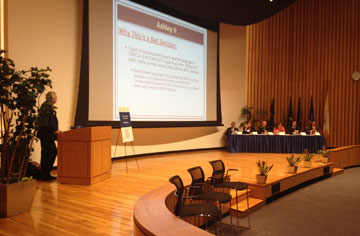 Enjoying A Roof Deck Lunch at the Fed 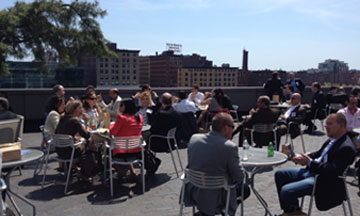 A picture perfect day for a power lunch, hosted by Saul Ewing, LLP.  Real estate professionals were treated with mid 70’s temperatures as they networked on the the outdoor patio at the Federal Reserve Bank Building, Boston. 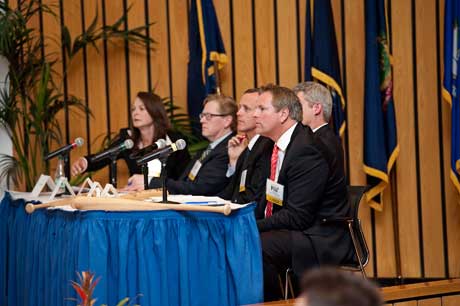 The Case Competition judges attentively listen as the final teams make their pitch for developing: Seawall, Lot 337 and Pier 48 in San Francisco - a parcel owned by the San Francisco Giants.

International Capital is Changing in the U.S. Investment Landscape 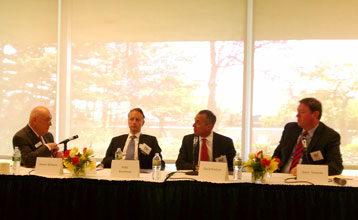 Steve Williams of Real Analytics, David Drubner of Baupost, Matt Bronfman of Jamestown Properties, and Dave Greaney of Synergy Investments discuss the changes in international cash flow and the growing sophistication of the overseas investor, courtesy of technology driven data, news and devices. Greaney focused his discussions on his company’s commitment to the Boston marketplace and the stability of its returns on real estate investments, funded through international capital. 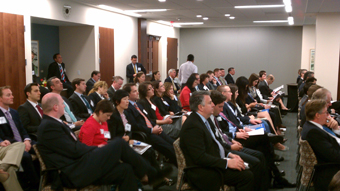 Standing room only for the morning session crowd, as they listen in on industry experts discussing the flow of international capital to the US, and specifically to the Boston marketplace.  Information and technology was the common thread of discussion, as new methodologies bring vital data to investors, on demand. 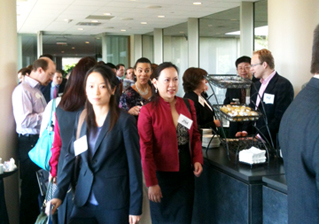 The Keller Augusta Networking Breakfast turned out hundreds to start the day off. 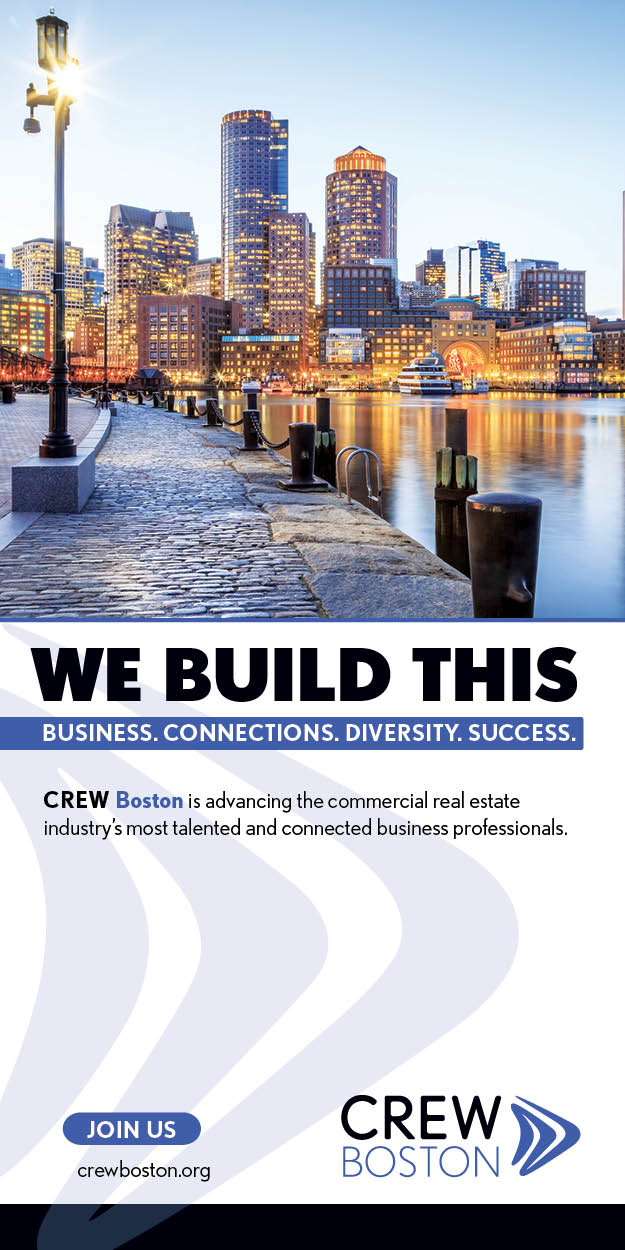