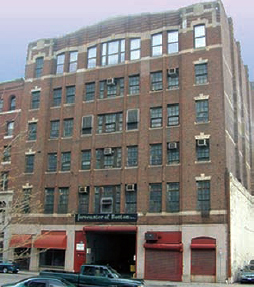 B O S T O N — Patience is not only a virtue when dabbling in real estate, it can be a downright necessity should those partaking hope to retain their holdings and/or sanity for any length of time. Certainly that would appear to be the case regarding 121 Portland St. in the Hub’s North Station dis-trict. The six-story, 73,000-sf structure known to locals as the Forecaster Raincoat Co. Building has spent decades since the departure of that foul weather gear manufacturer waiting for a new user to step forward and reinvigorate the squat brick structure that dates to 1918.

Various ideas proffered by developers have ranged from a new millennium data center to office space, upscale hotel or residential function. The multifamily concept has gained the most traction of late, with 121 Portland St.’s current owner formulating a plan that would add 32,000 sf to the property and enable construction of more than 100 housing units. The team knows the area well, being led by an investment group formed by Donato Pizzuti. Celebrity stalkers would know the name thanks to Pizzutti’s daughter, Linda Pizzuti, who in 2009 married Boston Red Sox owner John Henry.

Tabloid talk aside, the 121 Portland St. situation has a new wrinkle given that the owners have retained CBRE/New England’s Capital Markets

Group to offer up the Forecaster asset for sale, seemingly seeking to take advantage of rising interest for downtown Boston real estate, especially areas such as North Station that are deemed on the upswing. In the case of that district, also known as the Bulfinch Triangle, a combination of the Central Artery dismantling and other public infrastructure investments has made North Station among the city’s strongest for office and retail activity. Multifamily options are also coming fast and furious, with a new luxury high-rise apartment now open around the corner from 121 Portland St.

“I can confirm we are bringing it to the market,” CBRE/NE principal Christopher Angelone tells The Real Report this week, with the investment sales specialist opining that multifamily is still a viable concept, as would be the office function. “It would work great as a boutique building for a user who wants their own identify,” Angelone says of the office play, with efficient floor plates averaging about 14,000 sf a size that could accommodate many tenants in the market. Angelone declined to discuss pricing expectations. The property fetched $6.6 million when it sold to AEW Capital and Cathartes Investments in Sept. 2000, an acquisition made with the data center in mind. The market for such space cratered soon after it was acquired. The Pizzutis paid $7.25 million in Oct. 2004. “We’re really optimistic,” Angelone says of finding a suitable suitor.

BOSTON — As the mid-year point of 2012 nears, one common theme in the region’s commercial real estate arena has been the shifting sands of professionals, with demand for talent creating a fluid conduit among brokers, financing wonks and market strategists. In a few cases, the departures have been to other careers or geographies, but just as many have been transfers made among local competitors, a stretch that began with a bang early on when CBRE/New England recruited multifamily aces Simon Butler and Biria St. John from Cushman & Wakefield.

C&W restocked a few months later when rising star Matthew E. Pullen was named an Executive Director, enticing him to leave a promising career track at CBRE/NE. Both sides have cast that move as separate from the Butler/St. John negotiations, and observers stress that the moves in aggregate are less retaliatory than from the dynamic that occurs in a field where expertise is specialized and hard to secure. “It’s nothing new at all,” insists the head of one local operation who has been on both sides of the table. In other words, it is personnel, not personal.

Whatever the catalyst, yet another example has occurred this past week, once again involving CBRE/NE, and again on the addition side following the firm’s hiring of Colliers International VP Nicholas Herz. According to Angelone, Herz was coveted for his industry knowhow and other attributes, terming him “a high integrity broker and quality person who is a great cultural fit for our team.” An alum of Tulane University and Babson College MBA recipient, Herz brings more than a dozen years of CRE sales experience to his new home at 33 Arch St., and has already participated in more than $500 million in capital transactions